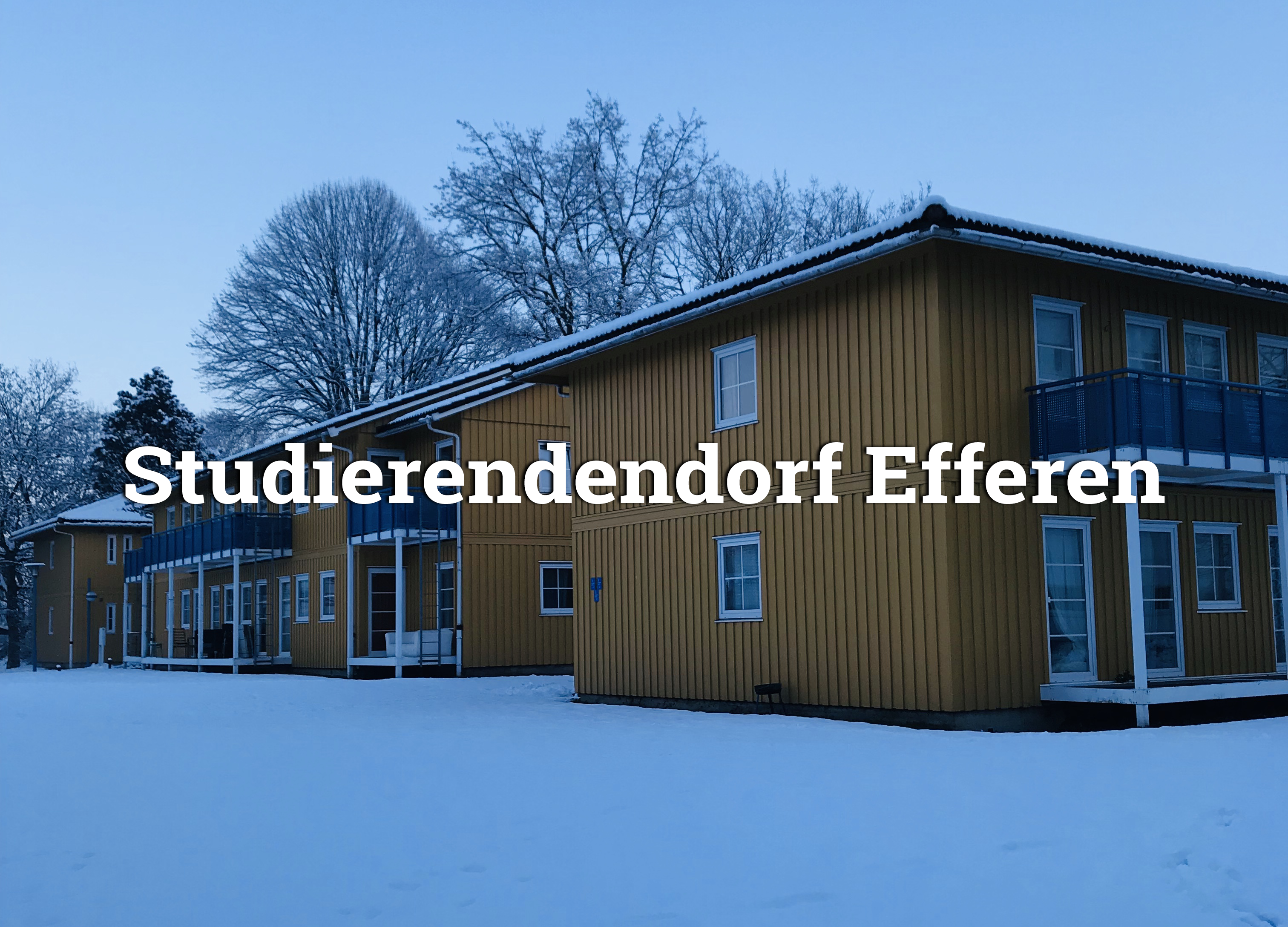 The student village in Efferen is a student dormitory of the Kölner Studierendenwerk.

The complete guidelines can be found here as PDF files: Procurement guidelines.pdf

Planning began shortly afterwards. It was to be built on the site of a former brickworks in the Efferen district of Hürth, just outside Cologne, off Luxemburger Strasse.

Present-day star architect Joachim Schürmann was commissioned with the planning and implementation. The Cologne garden and landscape architect Gottfried Kühn planned the landscape embedding of the buildings. The building was completed between 1963 and 1966 and extended several times. The building was renovated in 1996 and 2010. The area consists of several two to five-storey buildings and two high-rise buildings with 13 floors, which are the two highest buildings in Hürth. Yellow, red and grey wooden houses in the Swedish style were later built around these. The first four buildings were named “Ulrich-Haberland-Häuser” in honour of Haberland. The student village provides a total of approx. 1100 rooms and thus 20 percent of all places of the Cologne Student Union.

In addition to the apartments and rooms, the residents have at their disposal common rooms, including the “Efferino office” with a common kitchen, tool and key rental in house 23, a well-equipped bicycle workshop in house 41, a table tennis room in house 23, a piano and grand piano room in house 23 and house 39, a former chapel and the common room Efferino with 2 footballers, which now serve as event rooms, a basketball court and 2 table tennis tables in the outside area round off the offer.

The student village is connected to Cologne University by the formerly independent foothill railway of the former Köln-Bonner Eisenbahnen (KBE), today’s Stadtbahnlinie 18, which stops at Cologne’s Unicenter, Universitätsstraße, and thus at the chemical and physical institutes.